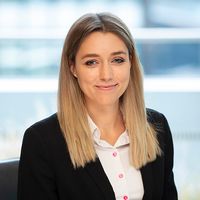 On 31 May 2022, German police raided the offices of DWS and its majority owner Deutsche Bank, as part of a probe into allegations of greenwashing for misleading investors about ESG factors in DWS’ financial products. With an increasing regulatory scrutiny of ESG statements, this raid points to a corresponding increase in the willingness of regulators to use invasive police powers to assess the accuracy of such claims.

Greenwashing lawsuits on the rise

The news of the raid follows on other reports of greenwashing allegations earlier in spring. BNYM recently settled with the SEC for allegedly misstating and omitting information about ESG investment considerations for mutual funds it managed, and KLM now faces legal action for allegedly misleading adverts that promote the sustainability of flying.

Such reports are bound to become more common as financial watchdogs are on high alert for companies making misleading claims about their ‘eco-friendly’, ‘net-zero’ or ‘climate-positive’ products:

Details about allegations against DWS and triggers for the search

The raid on Deutsche Bank and DWS included approximately fifty police officers in cooperation with the public prosecutors from Frankfurt, federal police and officials from the German financial regulator, BaFin.

BaFin launched its investigation following allegations made to the SEC by former DWS executive, who alleged that DWS had made misleading statements in its 2020 annual report over claims that more than half the Group’s assets were invested using ESG criteria.

Increased scrutiny of ESG claims and willingness to use police powers to gather evidence have led to tighter cooperation between police and regulators. Increasingly, evidence to support greenwashing allegations is gathered from confidential sources and private premises - in November last year, for instance, an Australian court granted a shareholder of Commonwealth Bank of Australia (CBA) access to confidential files to inspect the bank’s internal documents on the lending on seven oil and gas projects, to look into whether it complied with its own climate change policy. The court also granted access to board and executive leadership records documenting CBA's change in its oil and gas policies in an effort to align with the Paris Agreement.

Immediate impacts of the raid

The report of the raid on Deutsche Bank and DWS had significant impact on both companies, with the Group’s shares having fallen 7% by midday on Wednesday, 1 June 2022.

The incident has also caused significant reputational damage to the Group, which seems to have demanded an immediate action on its part. In consequence, DWS’ chief executive resigned hours following the raid, effective as of 10 June, on the basis of the allegations made against DWS and himself in past months. The whole incident and its aftermath are yet another blow to Deutsche Bank as it attempts to move on from a decade of scandals and multibillion-euro losses.

As such, the resignation of DWS’ chief executive correlates with a rapid development in the understanding of the role of corporate leaders, whose personal contribution to responsible corporate management is increasingly becoming the main subject of boardroom discussions. Indeed, in March this year, ClientEarth wrote to Shell's board threatening to bring the first-ever lawsuit against directors for their alleged failure to devise a strategy aligned with the Paris Agreement. Such focus points towards a trend of greater emphasis on corporate governance, as well as scrutiny of both corporate public statements re ESG-alignment and personal responsibility of those in charge.

The issue of greenwashing — where companies make misleading statements about their environmental credentials — has become one of the most fiercely debated topics in investment management.