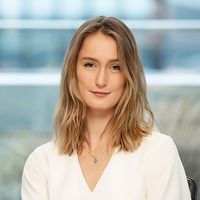 On 6 June 2022, Everest Premier Insurance Co. and Everest National Insurance Co. (together, “Everest”) filed a complaint in the Massachusetts Superior Court seeking a declaration that primary and excess general liability insurance policy terms do not obligate them to defend or indemnify the insured Gulf Oil, a major global oil company, in respect of a lawsuit claiming that Gulf Oil has failed to prepare its petroleum fuel terminal for the potential impacts of climate change. The court’s declaration may have meaningful effects on an insurer’s duty to provide coverage for an insured’s reasonably foreseeable climate harms – and any associated lawsuits.

In the relevant case, Conservation Law Foundation v Gulf Oil (the “CLF Lawsuit”), filed in July 2021, claimants alleged that Gulf Oil failed to design, maintain, modify, or operate its bulk storage and fuel terminal in New Haven, Connecticut to account for the “numerous effects of climate change”, despite having understood these effects “for decades”. This, CLF claims, puts the New Haven community at “great risk” of flooding from storm surge, sea level rise and increasing ocean temperatures, as well as increased risk of pollutant discharges. Gulf Oil’s “disregard of the reasonably foreseeable substantial and imminent risks” of climate change, CLF asserts, violates the US Clean Water Act and Resource Conservation and Recovery Act and puts the burden of potential climate disaster on the community.

Why does Everest refuse coverage?

Everest denies it has a duty to defend or indemnify Gulf Oil against CLF’s claim under its primary and excess general liability insurance policies. Everest alleges that:

Court declarations of the nature sought by Everest are rare, and to date there has only been one ruling on coverage for climate harms and related lawsuits. In September 2011, the Virginia Supreme Court found that Steadfast Insurance Co had no duty to defend or indemnify energy company AES Corp. under a commercial general liability coverage policy in relation to a global warming lawsuit brought by Kivalina, a native Alaskan village.

Like part of the declaratory relief sought by Everest, the judgment in Steadfast turned on the policy definition of “occurrence”, which in both cases includes an accident but not an intentional act.

The Virginia court in Steadfast ruled that the key question is “not whether the action undertaken by the insured was intended, but rather whether the resulting harm is […] a reasonably anticipated consequence of the insured’s intentional act” (emphasis added).

It held that because environmental damages and climate change harms – and specifically the melting ice flooding Kivalina – were a “natural or probable consequence” of AES’s intentional GHG emissions, it was not an “occurrence” and was categorised as an intentional act. The court held that “where the insured knows or should have known of the consequences of his actions, there is no occurrence and therefore no coverage”.

The fact pattern of the Gulf Oil case is quite different. The insured is not facing an allegation of harm due to deliberate acts. By contrast, the claim against the insured is for its alleged failure to mitigate the risk of pollutants escaping from its terminal due to the effects of climate change (rising sea levels, increased risk of storm surge and so on). Unlike Steadfast, Everest’s focus in the declaratory proceedings will be on the absence of an alleged “accident” or any resulting harm taking place during the policy period, combined with the pollution exclusion.