The UK Government's recent White Paper "The future relationship between the United Kingdom and the European Union", commits the UK to ongoing compliance to the EU rules on state aid and "broad co-operation on competition".

Yet the UK's White Paper specifically states that adherence to the EU competition state aid regime is "without prejudice to ... the UK’s future public procurement policy".

The existing EU procurement rules are already UK statutory instruments, and the EU Withdrawal Bill seeks to maintain the status quo. If a transitional period is agreed, nothing will change in practice until the end of that transition - currently December 2020.

Domestic pressure on the UK Government to favour contract awards to homegrown suppliers (whether for passport printing, health services, warships or trains) is directly at odds with the EU procurement regime.

Is the UK planning a different approach to public procurement post-Brexit? One which complies with the WTO Government Procurement Agreement but which allows more flexibility to favour domestic suppliers, to simplify routes to market, and/or the rules on procurement remedies?

If so, it seems unlikely that the European Commission will agree to what could well amount to the creation of an un-level playing field in terms of government contracting opportunities.

Only time will tell if government contracting is going to become a surprisingly big issue in the Brexit negotiations.  In the meantime, purchasers and suppliers can only watch and wait.

Barnier noted the EU had offered a Free Trade Agreement to Britain with zero tariffs and no quantitative restrictions for goods. It also proposed close customs and regulatory cooperation and access to public procurement markets 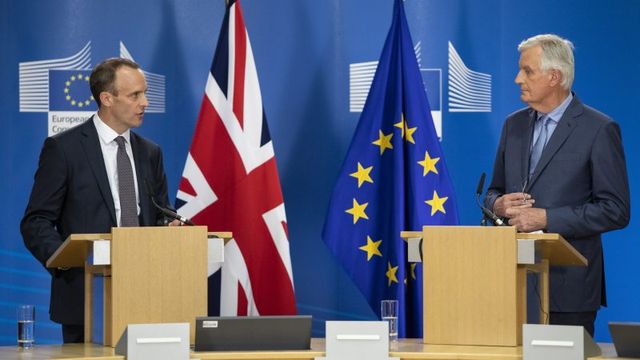