The UK Government's decision to directly award 'no-deal Brexit' contracts for up to £103m of additional cross-Channel ferry capacity has caught the headlines.

The current (EU) public procurement regime in the UK allows direct awards - public contracts without a call for competition - only in limited cases. These focus on where a previous procurement exercise for the same requirements has failed, to protect one supplier's intellectual property rights or "strictly necessary" extreme urgency (the grounds used by the UK Department for Transport in this case).

As a derogation to the single market principles of opening public contracts up to EU-wide competition, the rules are strictly interpreted by both the UK and the EU courts. Directly awarded contracts which do not fall within the grounds in regulation 32 of the Public Contracts Regulations 2015 are vulnerable to a range of legal remedies if challenged (including cancellation of the contract up to 6 months after it has been awarded).

The case law from the EU shows how high the bar is for public bodies wishing to rely on these exclusions, and so a direct award always carries a level of procurement challenge risk.  A direct award on urgency grounds under regulation 32(2)((c) of the Public Contracts Regulations 2015 requires:

1. contracts only to be awarded where "strictly necessary";

2. where there are reasons of "extreme urgency" due to "unforeseeable" events, such that the normal tender timescales cannot be complied with.

3. the reasons for the urgency cannot be "in any event" attributable to the public body.

As the timescales for tender under the rules can be reduced to as low as 15 calendar days, it can be difficult to justify the use of this route.

Since contracts which are directly awarded are not opened to competition, they will often favour known or local/domestic contractors, which runs counter to the legal obligations to ensure equal treatment and non-discrimination in the procurement regime. Any suggestion of favouring a UK company at the detriment of those based elsewhere in the EU could be vulnerable to challenge.

The state aid rules prohibit state financial assistance to industry unless it is made on terms which are compatible with the EU treaties. The aim is to ensure a level playing field across the single market. Aid which is not compatible must be approved by the EU or is at risk of recovery and other legal challenges. Even absent EU membership, the World Trade Organisation Agreement on Subsidies outlaws many types of public sector financial support to industry, and bi-lateral trade arrangements often deal with state aid control.

The case law from the EU shows that a procurement of surplus capacity of ferry travel can amount to state aid to the contractor, as a way of getting public money to that home-grown supplier. Where there is no open market competition, the starting position is that the market price cannot be established, increasing the risk of state aid arising. Overpayment for services will amount to a "subsidy" in state aid law terms. For example, in the case of Bretagne Angleterre Irlande (BAI) v Commission of the European Communities (1999) , the European Court of Justice concluded that purchasing activities by public authorities can fall within the scope of the State aid rules.

The UK's withdrawal from the institutions of the EU is likely to see procurement and state aid issues generating many more practical, and legal, challenges.

The UK has committed to alignment to the EU's common rule book in state aid under the current draft withdrawal agreement, and it appears likely that compliance would be a pre-requisite to any UK/EU trade deal after the end of a transition period. Equally, the UK Government has just published draft amendment regulations to the public procurement regulations, which indicate that the UK will continue to closely follow the existing regime and comply with the principles set out in those rules. The World Trade Organisation Government Procurement Agreement also contains many similar provisions.

Any "Buy British" policy looks likely to meet similar objections to those raised by Eurotunnel in the future.

For more information or advice on this or any other procurement or state aid issues,  please contact David Hansom, Partner on 0207 876 4127 / david.hansom@clydeco.com or your usual contact at Clyde & Co.

The DfT said its ferry contracts were “entirely compliant with UK law” and only represented one element of its contingency work. 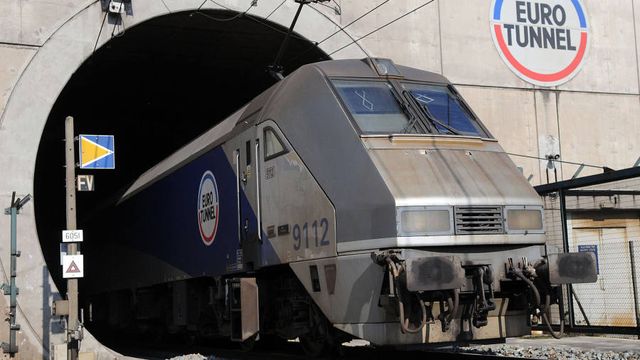