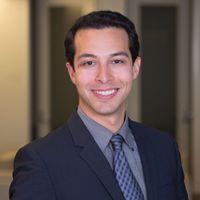 Lately there has been much discussion about the increasing risk of wildfires in areas such as California.  Many predict that, in the face of this risk, insurers may be required to drastically raise premiums on fire insurance for properties situated in the Wildland-Urban Interface (WUI).  This would leave many homeowners in WUI areas without adequate protection.

While increased firefighting infrastructure and better forest management stand as viable solutions, some researches advocate that a more effective approach would be to encourage homeowners to maintain and retrofit their properties in such a way to mitigate the spread of wildfire.  According to one researcher, the primary factor in determining whether a home is going to burn is the design and landscaping within 100 feet of the home (rather than the size and intensity of the fire).

But rather than leaving the implementation decision up to each individual homeowner, perhaps the most effective method would be to encourage entire communities to follow a set of guidelines.  Community-wide implementation would be especially crucial in WUI areas with closely-neighbouring homes, where one unprepared property could stand as a 'weak link' in the chain, allowing a fire to spread to otherwise prepared neighbouring properties.  If an entire community is following a set of fire mitigation standards, then it’s easier to imagine insurers setting affordable rates for fire insurance.

Perhaps one feasible method would be for insurers to work closely with Homeowner Associations (HOAs).  The HOA would proscribe and enforce well-defined covenants, conditions, and restrictions requiring homeowners to maintain and retrofit their properties in a way that mitigates the risk of loss.  In exchange, insurers could then agree to set lower insurance rates for properties in that particular fire resilient community.

The fire might still be a mile away, but an ember, carried by the wind, lands on a house and ignites it. A photo taken after the Angora Fire in 2007, a fire near Lake Tahoe that destroyed 242 homes, illustrates that pattern. The ashes of a house are surrounded by green trees that were apparently untouched by the flames. Small details in a home’s design, it turns out, matter a lot. If a roof is made of metal or clay instead of wood shingles, a flaming ember is less likely to ignite. A gutter can be designed to shed pine needles that would otherwise dry out and serve as tinder. A deck could use paving stones instead of wood. Screens can block embers from getting inside a vent. And if a house can avoid igniting, that can also protect it from spreading a fire to the rest of the block. 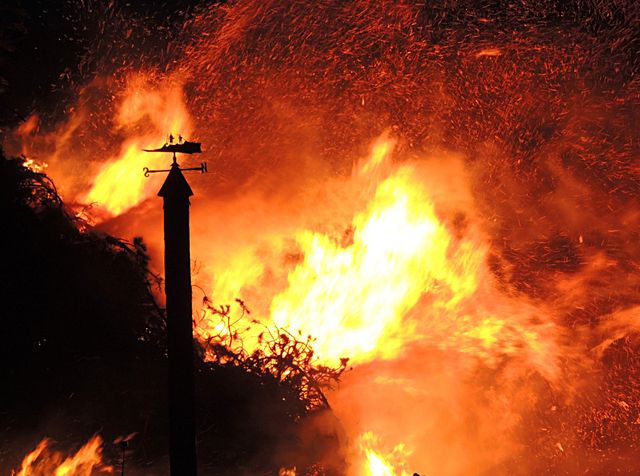