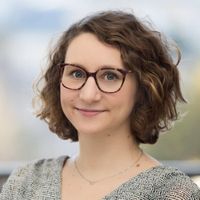 A few weeks before the opening of COP26 and a few months before the next French presidential election, Paris administrative Court ordered, on 14 October 2021, the French State to “compensate” for the ecological consequences of its inaction.

In 2019 after having collected more than 2.3m of signatures in a petition, "L'Affaire du siècle", a NGO comprising four associations, initiated an action before the Paris administrative Court against the French State for having failed to comply with its commitments relating to reducing greenhouse gas emissions.

Last February, the Administrative Court of Paris found the French State "liable" for breaches of its own commitments. Consequently, "L'Affaire du siècle" filed a motion for an order to take effective measures to comply and prevent aggravation, and to pay a penalty for late compliance (€78m per semester).

According to the latest decision, the French State has until 31 December 2022 to take appropriate measures which remain at the discretion of the State. No penalty for late compliance was ordered.